The roof of Portomaso Tower collapsed early this morning

Roof of the Portomaso Tower collapsed early this morning, leaving massive structure damage to the rest of the building. Now when the roof is gone, there is no weight on the walls and it will probably take a few days before they fall down. If they still stands by the end of next week, they will be demolished.

The building constructor Emma Brynils says that she will not rebuild the tower until the problems leading to this collapse, has been analyzed and actions taken to prevent this from happening again.

-It’s really no fun to put all time and effort into building houses or in this case – a tower – when it only lasts a couple of days, Emma says.

Since the collapse were predicted the building was already evacuated and no gingerbread man or women was injured. 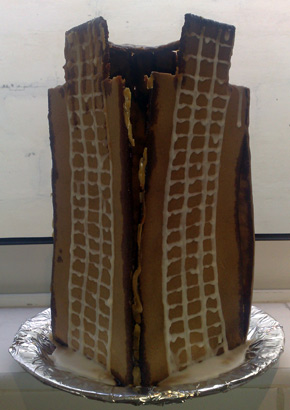 The tower without the roof 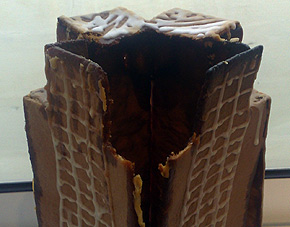 The walls split up when the roof collapsed 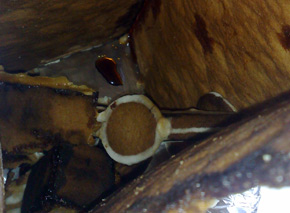 This entry was posted by Emma on Sunday, December 6, 2009 at 17:52, and is filed under Living in Malta, Pottering. Follow any responses to this post through RSS 2.0. You can leave a response or trackback from your own site.