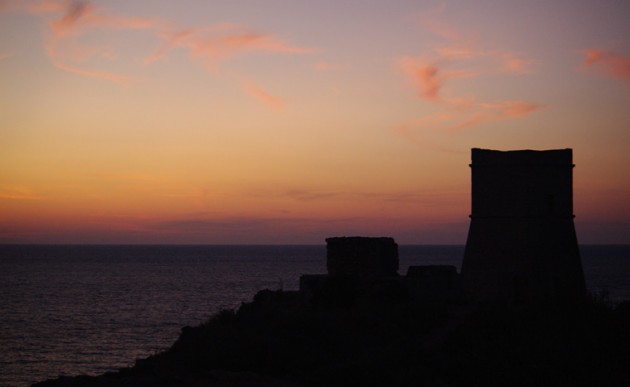 Għajn Tuffieħa Tower is a fortification that stands on the cliffs overlooking the shore at Għajn Tuffieħa Bay on the north west coast of Malta. It is one of Lascaris towers that Grand Master Juan de Lascaris-Castellar of the the Knights of Malta ordered be built (1637). A watchtower, it was originally armed with a half pounder gun and garrisoned by four men.

This entry was posted by Emma on Saturday, October 31, 2009 at 18:23, and is filed under Exploring Malta, Living in Malta. Follow any responses to this post through RSS 2.0. You can leave a response or trackback from your own site.