Posts tagged Only in Malta

2
by Emma in Living in Malta, Only in Malta

In my category “Only in Malta” I’m documenting odd stuff that will probably only occur here in Malta. Just as the web site Only in Malta does (yes, I borrowed the idea).

Here are some highlights from Only in Malta: 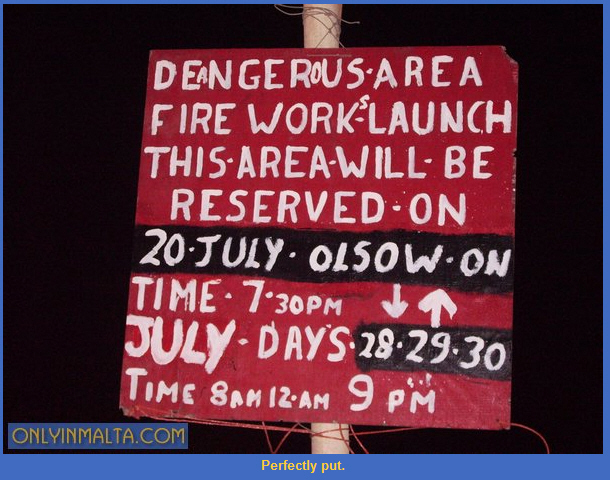 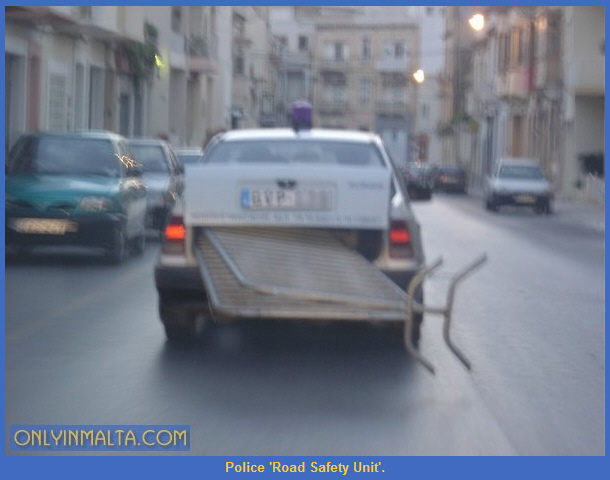 However. The Maltese people might do alot of crazy stuff, but in the end the first (worst) prize goes to SWEDEN! Kalle showed mw this article today. It’s like a bad joke.

Drilling Accident at Södermalm in Stockholm seems all the more remarkable. The work was done after the current plans, “said police investigators told TT.
Police technicians examined on Friday, the site of the failed drilling while began to hear the staff of the drilling company and check the drawings for the building.

“We can confirm that the company had permits to drill and to drill for the drawings. We have so far been found that the firm did nothing wrong, but somewhere, there was still a mistake. The further investigation may show where this was done,” says Gunilla Borgehed.

The company would drill in the last two hundred meters deep hole on a plot at Wollmar Yxkullsgatan in Södermalm. When they came about 20 meters down through the mountain the staff discovered that the drill is no longer met any resistance in the rock.

The staff tried to pull up the drill, which was hanging freely in the tunnel between Mariatorget and Slussens underground stations, but did not get it up until a subway-train collided with it.

The drill hit the train’s roof and front windscreen had extensive crushing.

“The driver was shocked but it could have gone really bad. He and the train was immediately on hand, and traffic was halted for about an hour,” said Maria Adolfsson at SL’s press service.

Around 18 this afternoon I took Gizmo for a walk to Jade Garden to getsome chinese food. There were people and cars everywhere, even more than it usually issaturday nights when everybody is going out to clubs in Paceville. I asked the owner of Jade Garden and he said it was some all-maltese movie showing at the cinema.

Unfortunately the maltese movies are in maltese (surprise), otherwise it would have been fun to see this one!

As the title itself suggests the movie is a parody of the 1998 film ‘Armageddon’, however all Earth’s hopes do not rest on the shoulders of the mighty and experienced US Space Program. Instead the burden has to be shouldered by the Maltese who hastily patch up a motley crew of Maltese guys coming from all walks of life and from all corners of the island and who do not know the meaning of professionalism and teamwork . The movie takes the viewers through a rollercoaster ride of mishaps, laughs, rivalries, friendship and drama culminating in a thrilling finale where success and total disaster hang in the balance. Will the Maltese crew succeed in its mission, silence all the critics and come out with colours flying? Or will their differences and personal rivalries spell the end for all mankind?

Maltageddon - WE ARE MALTESE WE TAKE NO SH*T

links movies Only in Malta

Today when I woke up it felt as the world was wrapped in cotton… or a lot of snow. It was so quiet. I didn’t realize what it was until I was about to make my morning coffee – no power!

So I started an investigation. First I checked the status of the laptop battery, to calculate how long the power had been gone. I left it running yesterday. The battery was almost empty.

Then I took a walk with Gizmo around the block. I couldn’t hear any electric machines anywhere. So my conclusion was that at least the neighbourhood was without power.

Then I had breakfast. While I was eating my favourite yogurt (bianco) the power came back.

I immediately checked the news and I found out that about the whole island had been without power for several hours, due to an explosion at Marsa power station earlier this morning.

Shortly after lunch the water disappeared. Why am I not surprised?

Oh, a balcony… just what I expected to find on the cliff side

0
by Emma in Exploring Malta, Living in Malta, Only in Malta 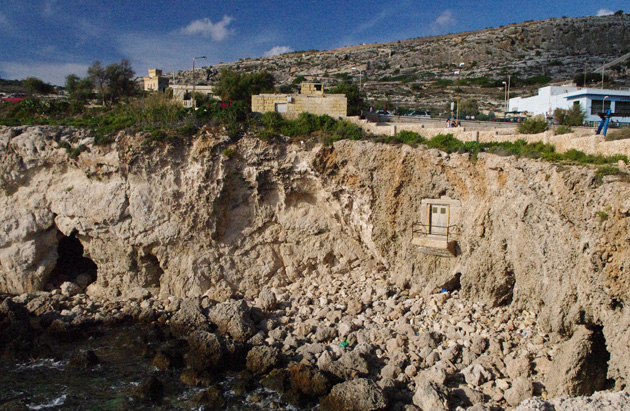 Interesting spot for a balcony

cliffs & caves Only in Malta 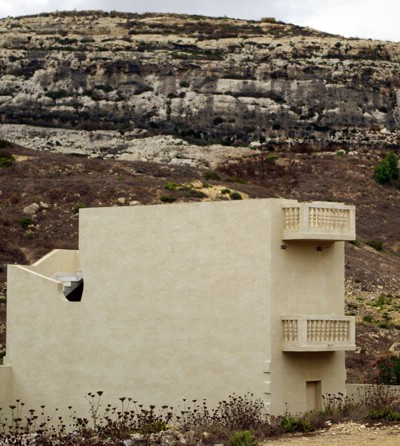 Gozo Only in Malta

Only in Malta travel
Go to Top